Full Name
James Napoli
Job Title
CEO
Company
Medliminal
Speaker Bio
As Medliminal’s CEO, Jim Napoli does more than manage employees and run a company. With more than 21 years of legal experience in the healthcare and ERISA arena, Jim is unwavering in his pursuit of compliant charges and accurate pricing for all healthcare payers. Since he was appointed as CEO in October of 2016, Mr. Napoli has established a focused team of innovative professionals, initiated new technologies, increased revenue, and brought one of the nation’s largest healthcare companies on board as a Medliminal client. With no sign of slowing down, Mr. Napoli and his team recently released a new service line specifically for employers and employees.

Mr. Napoli’s passion for compliant medical bills came about during his time as a lawyer. He has handled several multi-billion dollar group-health transactions, and he represented the American Benefits Council before the United States Supreme Court in a case challenging the Affordable Care Act. During his tenure as a practicing attorney, Mr. Napoli held the titles of Senior Counsel and/or Partner at three of the nation’s leading law firms: Seyfarth Shaw, Proskauer Rose and McDermott, Will and Emery. Now, as the CEO of Medliminal, LLC, Mr. Napoli draws on all of this experience to act as an advocate for all healthcare payers. 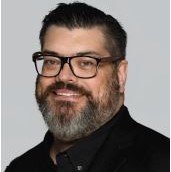